Anyone who has watched golf over the years has heard an announcer say that a certain green, or even an entire facility will always break toward a certain lake or landmark.  The opposite also gets a lot of play too, as in it always breaks away from a certain mountain.  The “Indio Effect” is a really famous one that always comes out at what use to be the Bob Hope every year.  Phoenix also gets a fair amount of tread with landmarks like Camelback.  For anyone who has played in Las Vegas It is always the Stratosphere. (Casino Hotel located on the Strip) So, the big question is, what is the validity to this idea? 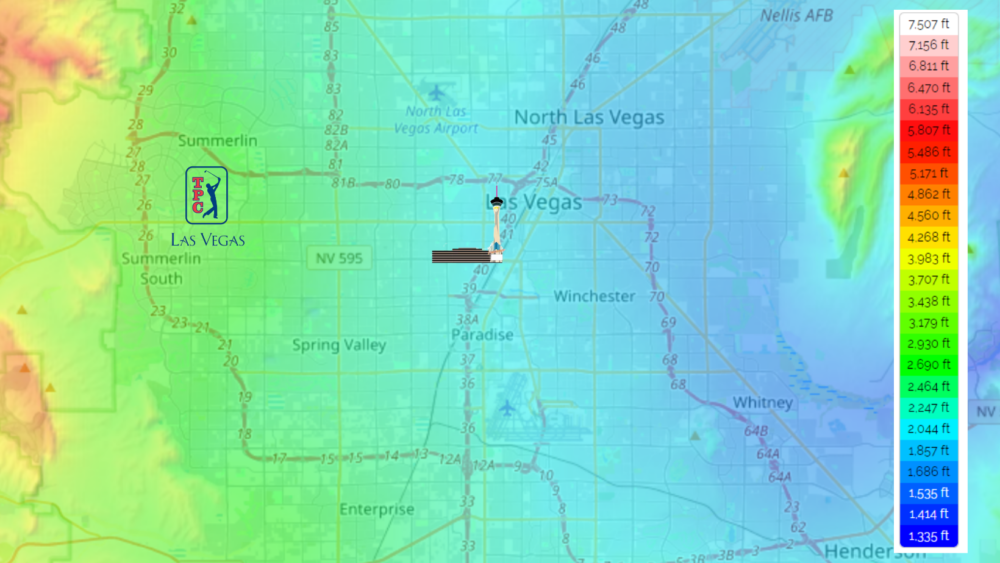 For this article I am going to cite elevation heat maps from multiple sources.  These sources will also note slope percentage.  Which in putting circles slope percentage is used to define how much and which direction putting greens actually break.  Slope percentage is universal as in a green with a 2% side hill gradient with same amount of uphill gradient on a 12 stimp green will break the same amount on hole 6 as it does on hole 14.  Up and down hill gradient may change the speed and therefore the relative break, however everything being equal 2% is 2%.  The greens books cited for TPC Las Vegas are

I am using TPC Las Vegas for the case study as it has been my home course now for the better part of a decade.  Different points of the golf course run from 2.933 ft to 2,657 ft, the Stratospere sits at 2037.  There is considerable elevation difference even between the lowest points of the golf course to the stratosphere.  The questions is does that translate into the putting greens sloping a specific direction.  The first hole in the argument for the valley effect comes in the fact that the Stratophere isn’t even the low point of the valley.  That occurs much more to the south and west near Lake Mead, bottoming out at an elevation 1,335 ft.  However, for the sake of argument we are going to stick to the Stratospere. 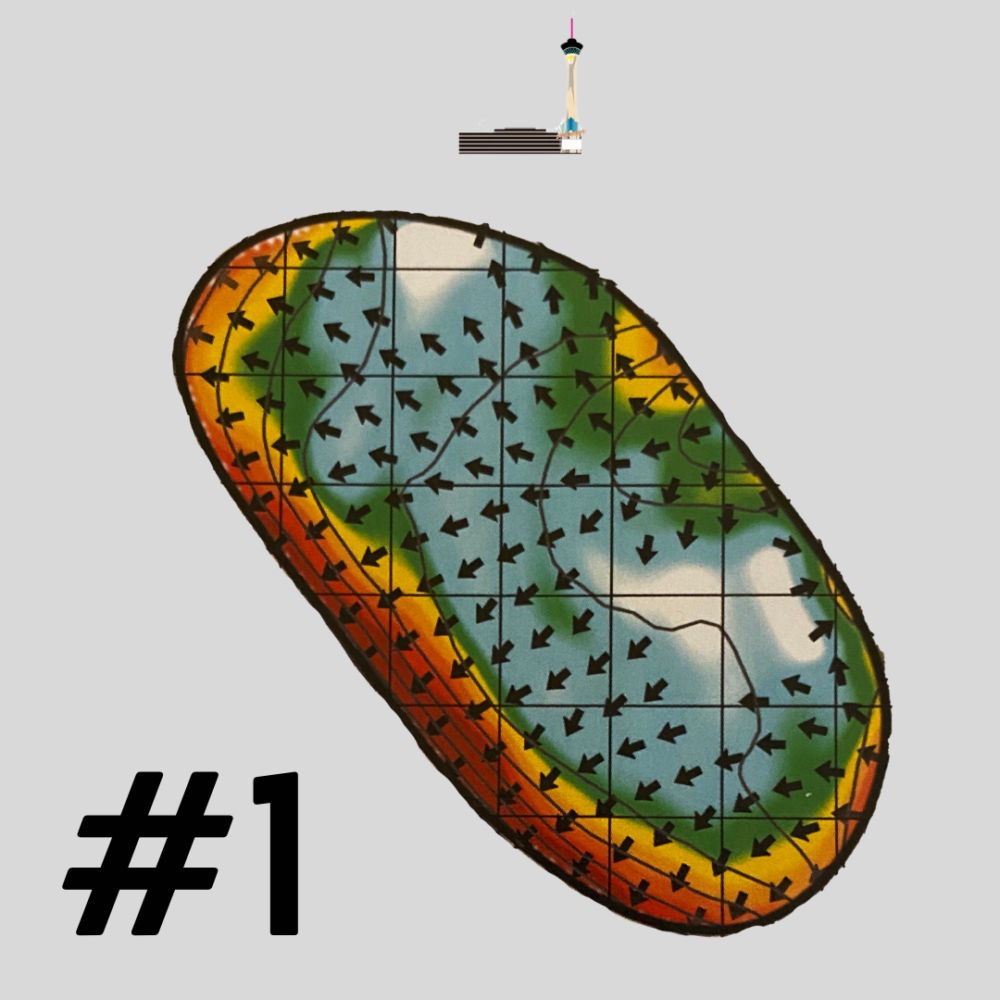 Starting off on hole one, only 225 sq ft of the total 5,600 sq ft green breaks toward the Stratosphere. The vast majority of the putting surface actually slopes in the opposite direction. 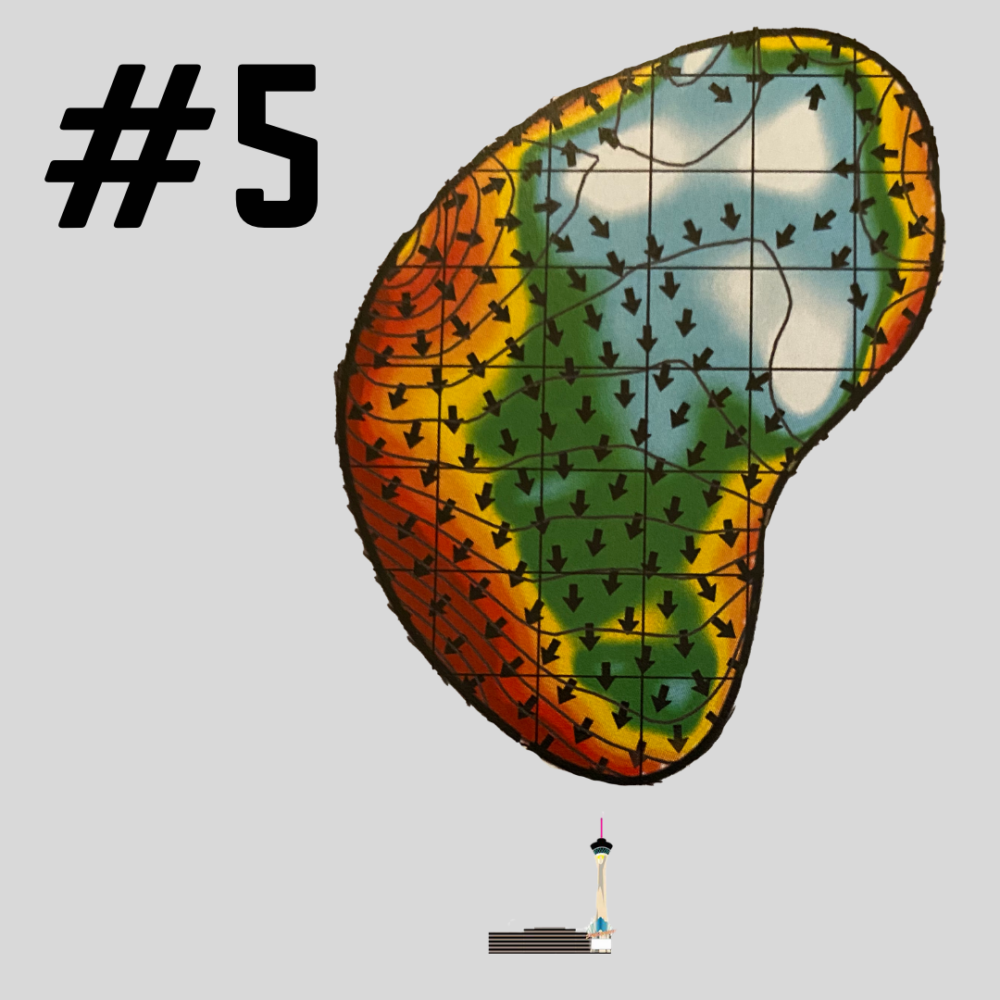 Number five may be the best example of a green that does in fact subscribe to the valley effect, whereas most of the putting green does actually break the direction of of the aforementioned landmark.  . 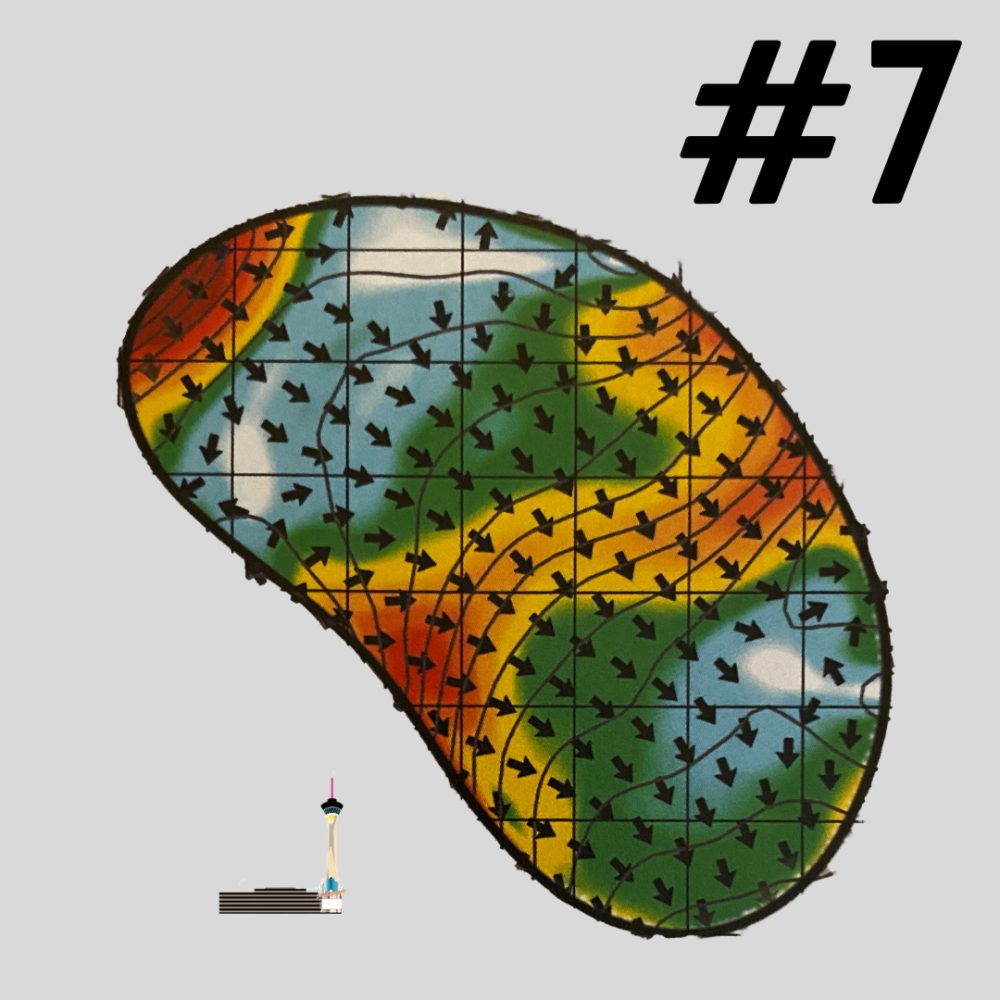 Hole seven features almost no measurable slope toward the stratosphere. 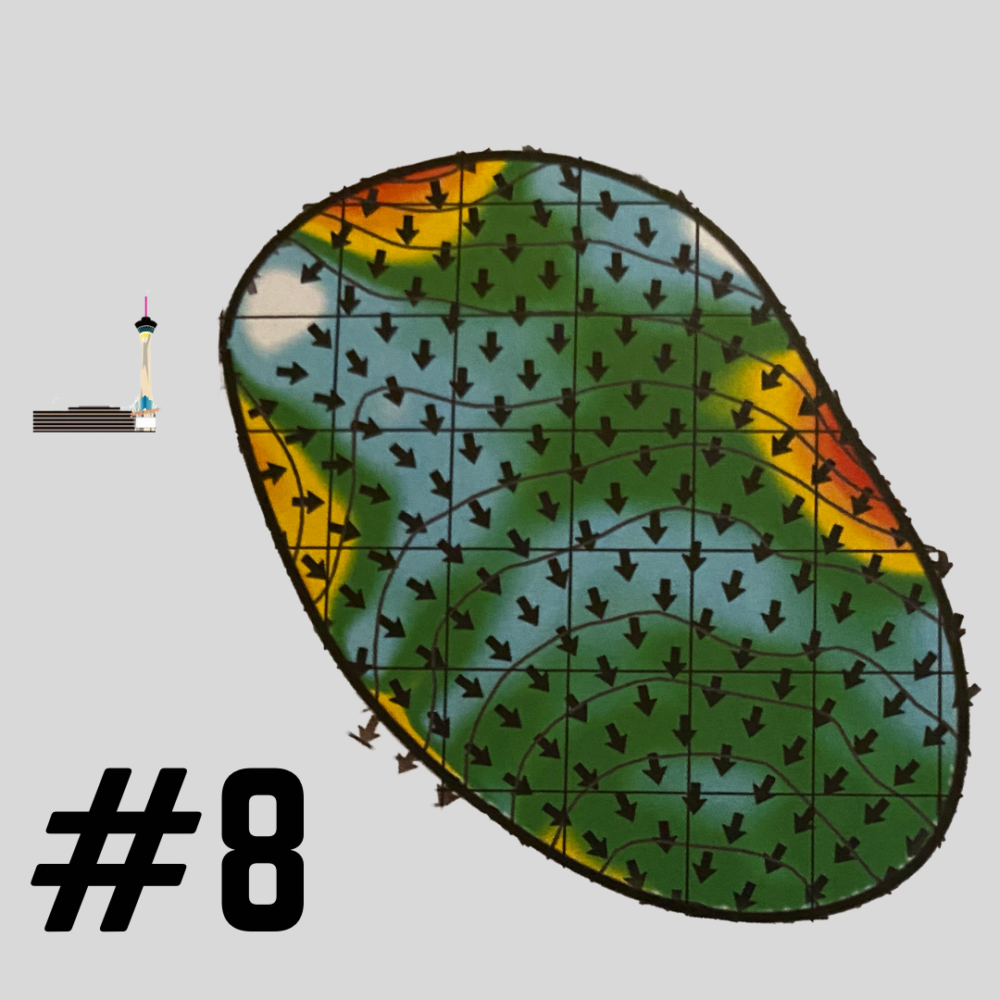 Hole eight, just like the previous hole features almost no measurable slope toward the stratosphere.  Most of the green runs in the exact opposite direction. 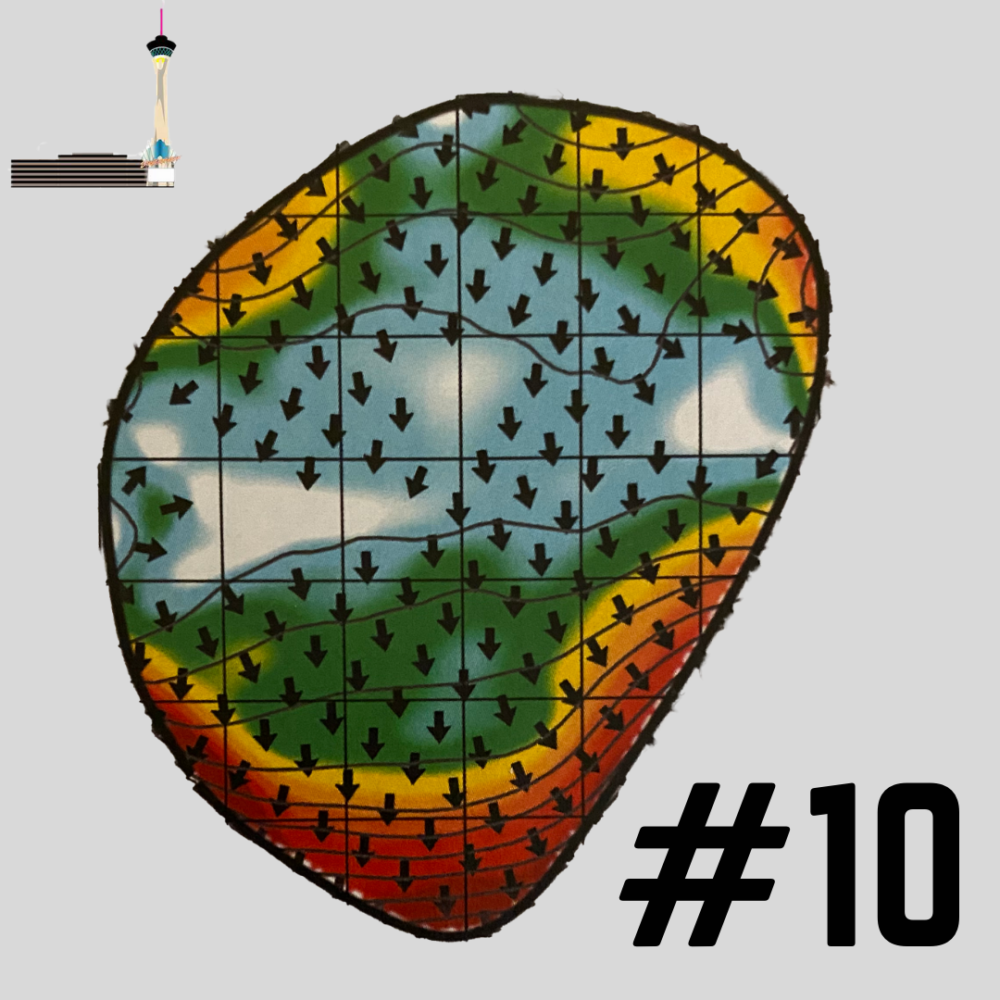 Just Like #7, #8, and the vast majority of #9 the green complex on #10 sits in a way where most of its square footage runs directly away from the stratosphere.  In total contradiction of the generally stated notion. 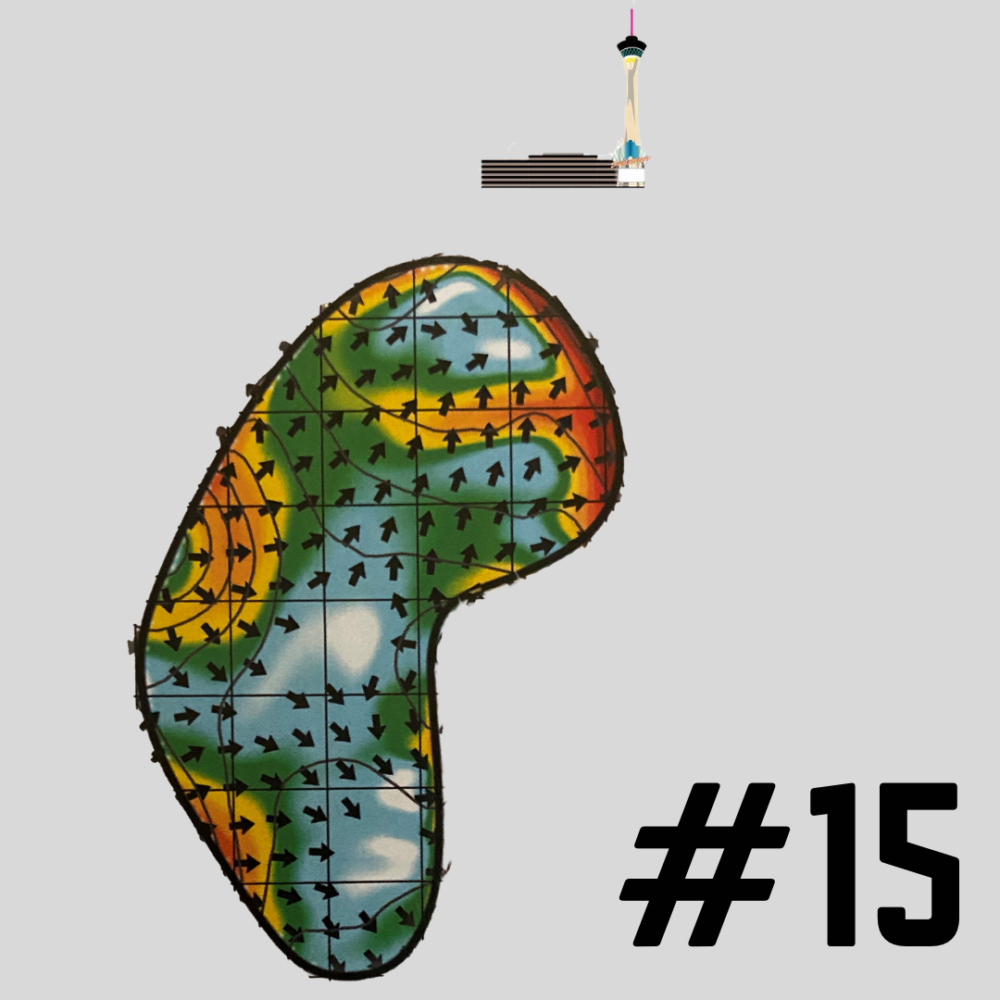 The green on 15 features portions  of the back 50% of the putting surface sloping directly toward the strip, a small victory no doubt for the valley effect.  However, the entire front portion of the green runs in the opposite direction.  It is almost as if we should independently decipher slope from green to green and on individual portions of each green. 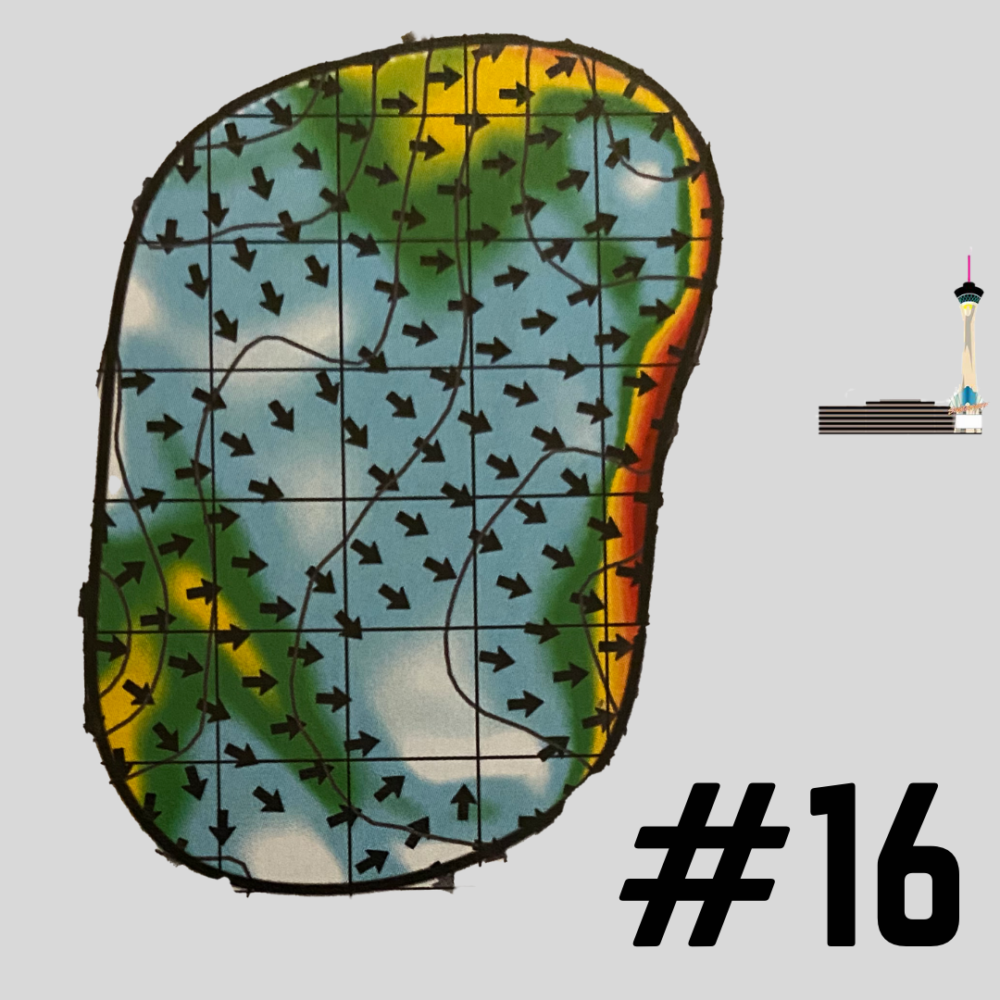 Large portions of 16 do in fact slope toward the stratosphere to the toon of 1%.  Big win for the valley effect.

Hole #17 Is much like #15, where it is about half and half.  Half directly toward the strip and half directly away. 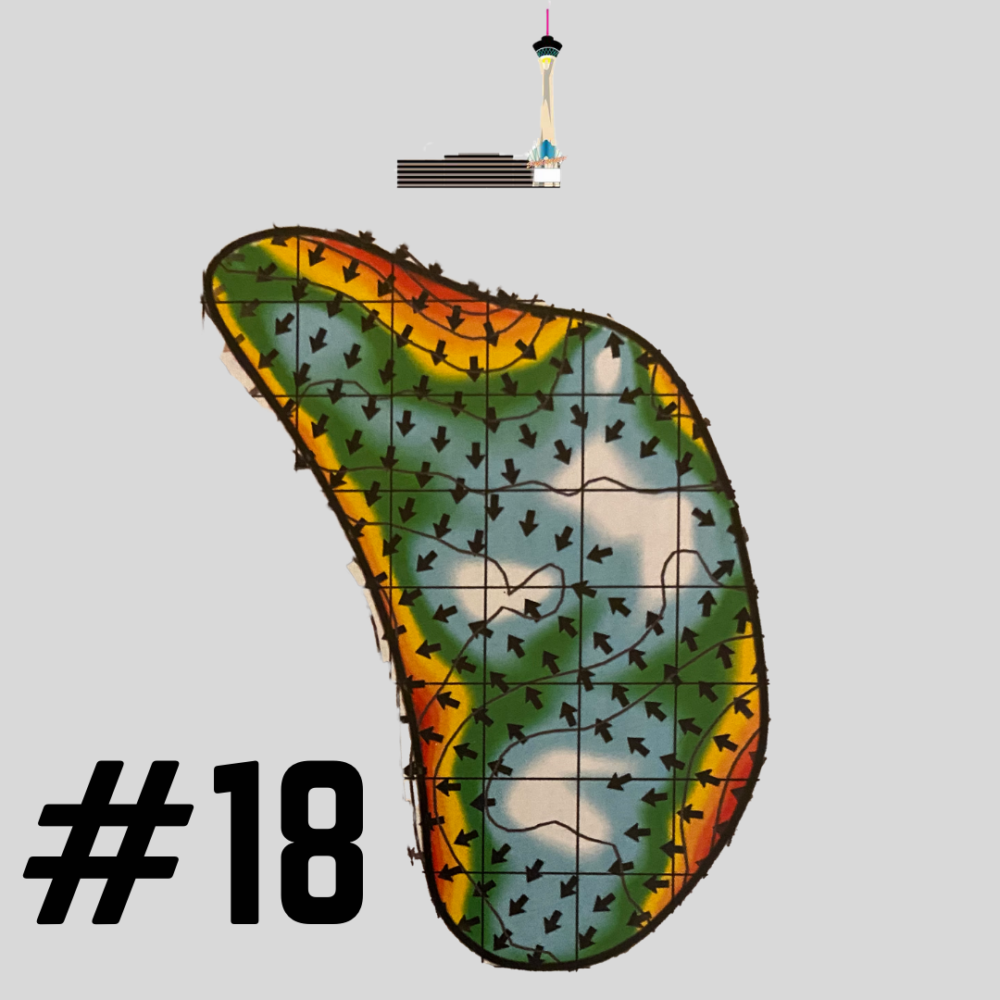 The finishing hole puts the final touches on the theory that everything breaks toward the strip by boldly sloping in the exact opposite direction on almost every portion of the green except for a small portion of the green in the second third.  Which happens to make the green very diabolical in terms of short game.

If you were play solely #5, the back half of #15, #16, and the front half #17 the Stratosphere rule would in fact work.  However, that is only about 16% of the total putting surface of the entire golf course.  Not nearly enough to call it a rule.  There is in fact more putting surface on the golf course that breaks directly away from the Stratosphere than toward it.  The valley effect does not work, here or any other facility.

To the crew that insist that the valley effect does not necessarily state slope will run in the direction of landmarks, but does cause the ball to be pulled in certain directions, For example, on what would be optically judged or measured to be a straight putt the valley will still pull the ball in a certain direction.  That is total lunacy.  The reality is the ball will only be effected by just a few factors, these include:

So next time you’re playing don’t make the mistake of allowing for break towards something that isn’t really there.  I would recommend buying a greensbook for your facility or a level to measure problem areas over time.  Defining objective things like slope can go a long ways toward improving.  Once you measure, use the following as a guideline: 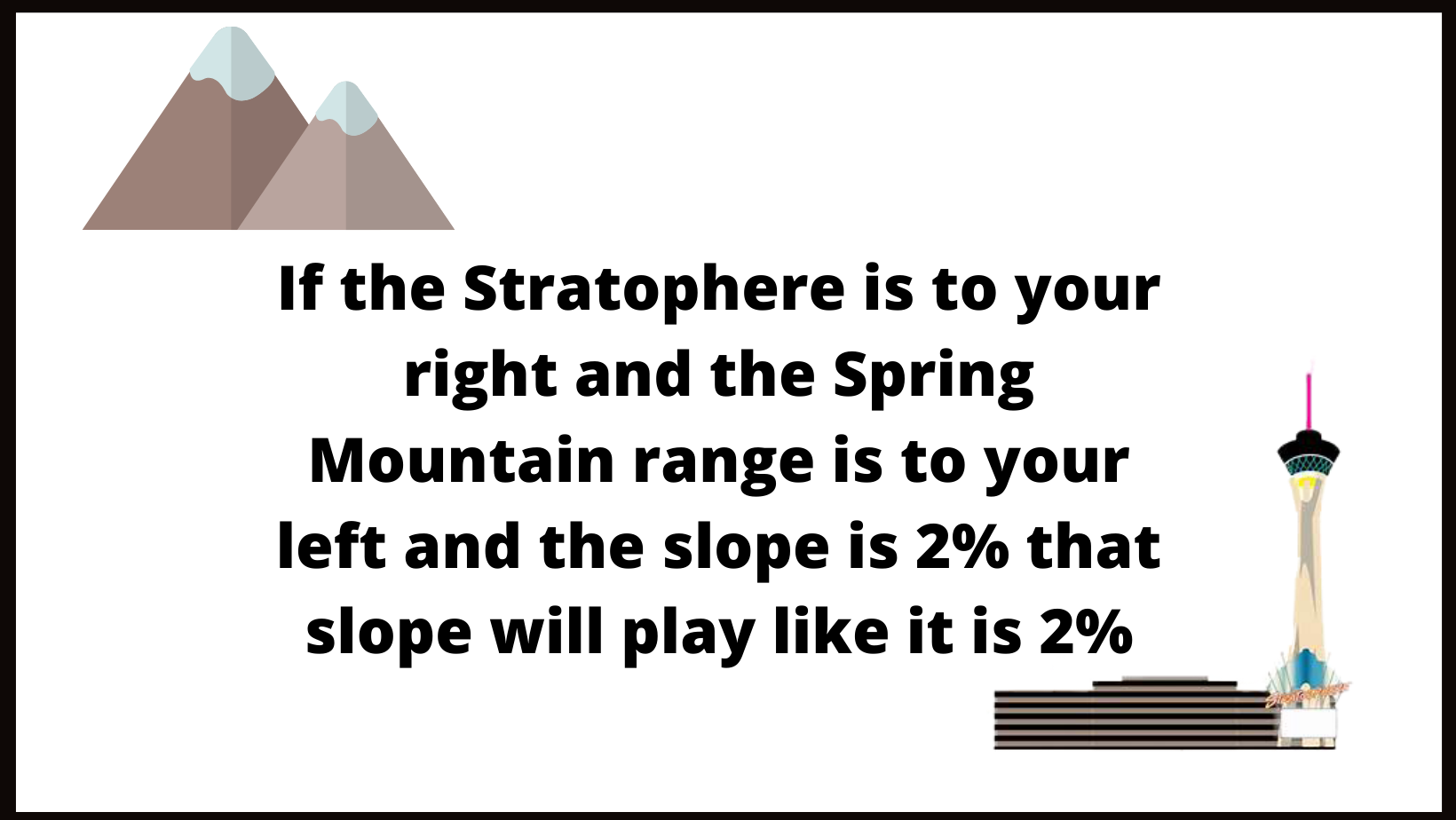 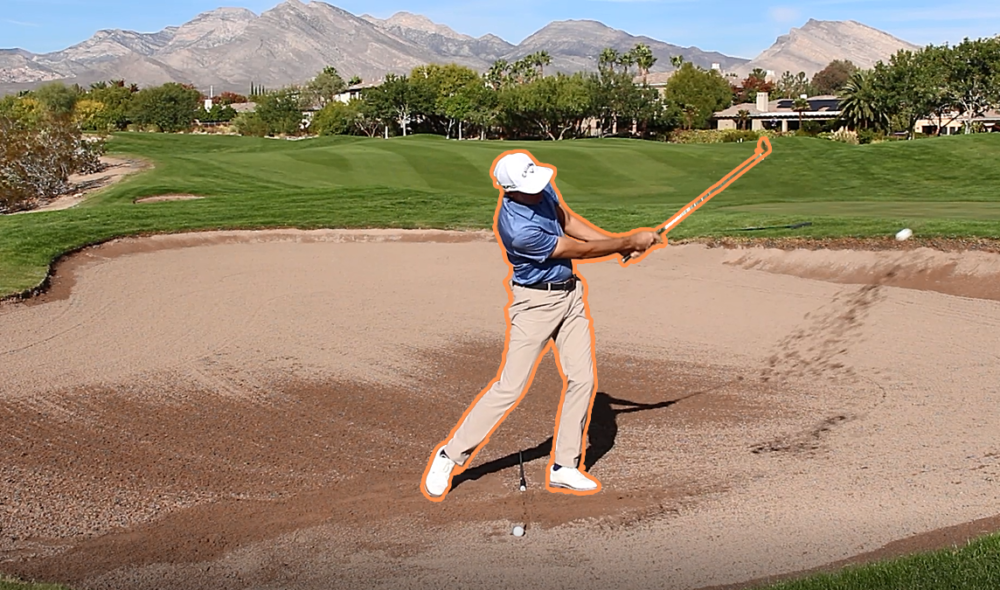 The Easy Way to Simplify Your Greenside Bunker Play

>Improving our self-talk is something we could all benefit from and somewhat of a low [...] 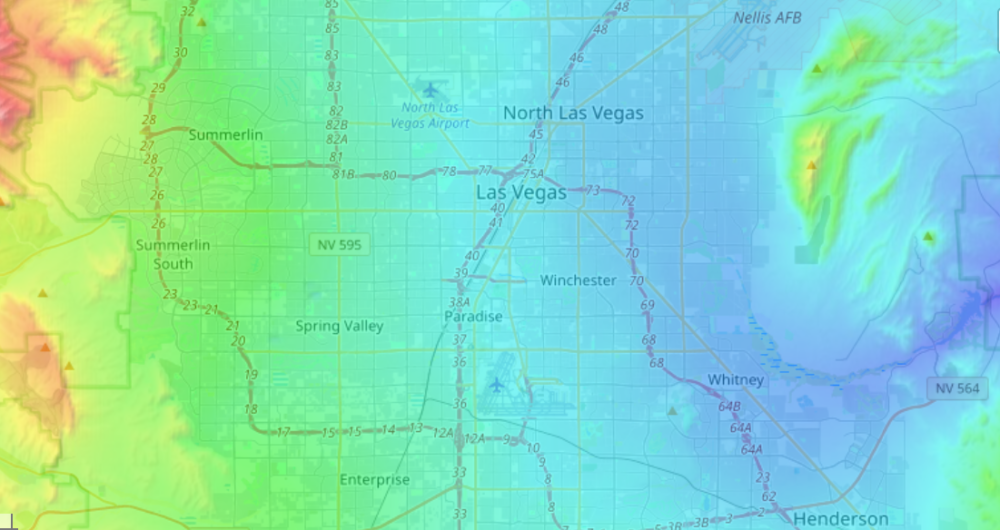 Anyone who has watched golf over the years has heard an announcer say that a [...] 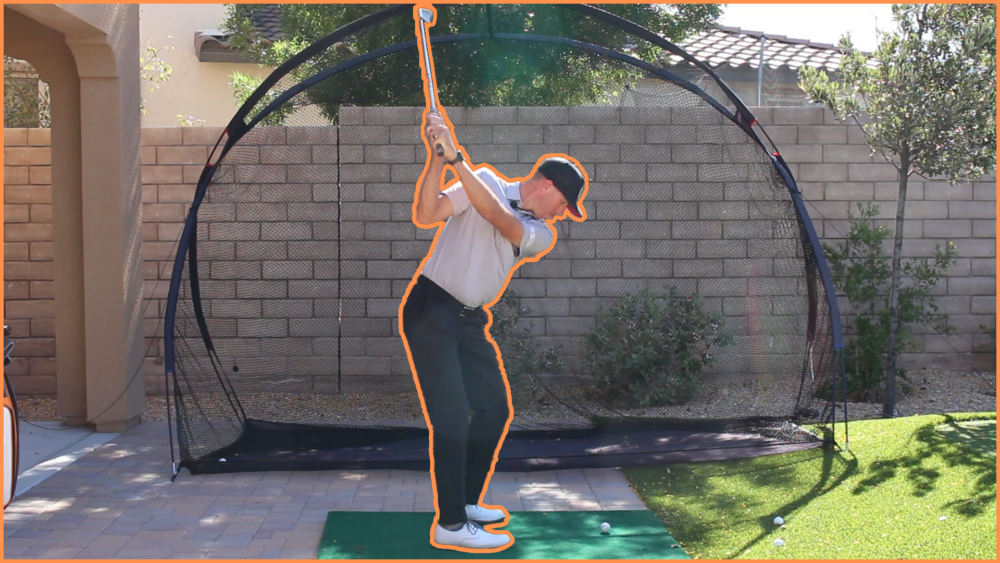 Three Keys to Practicing Golf Into a Net

Practicing into a net can seem pointless at times, but I think it can be [...]

Solving the Puzzle of Distance Wedges

Over the last two years I have collected wedge data on a specific golf shot.  [...] 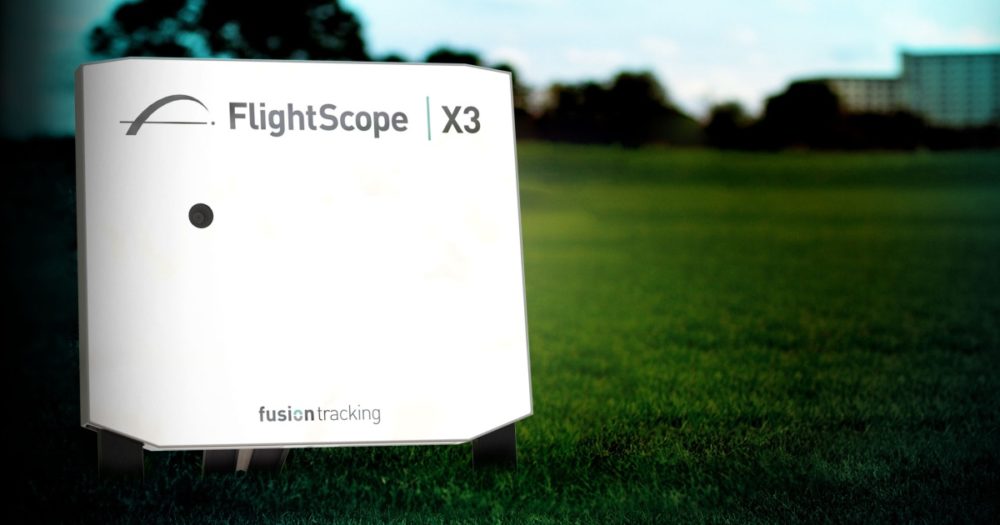 Why Distance Gapping is Important

Distance Gapping and Why it Matters  By Matt Henderson, PGA, TPI Ever experience a club [...] 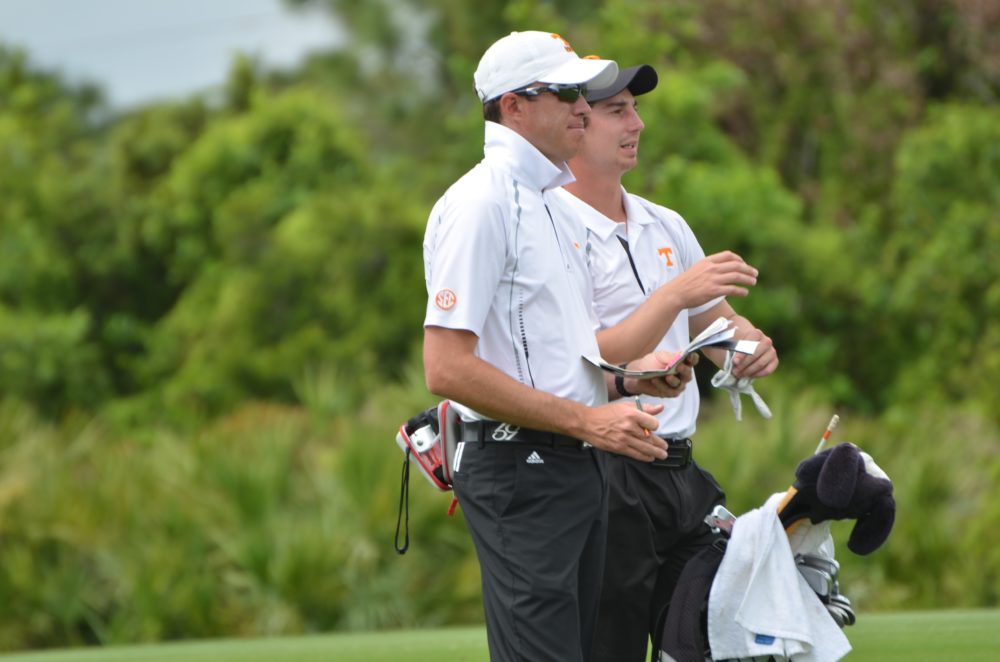 Understanding what is possible and what may not be is paramount to setting achievable goals. [...] 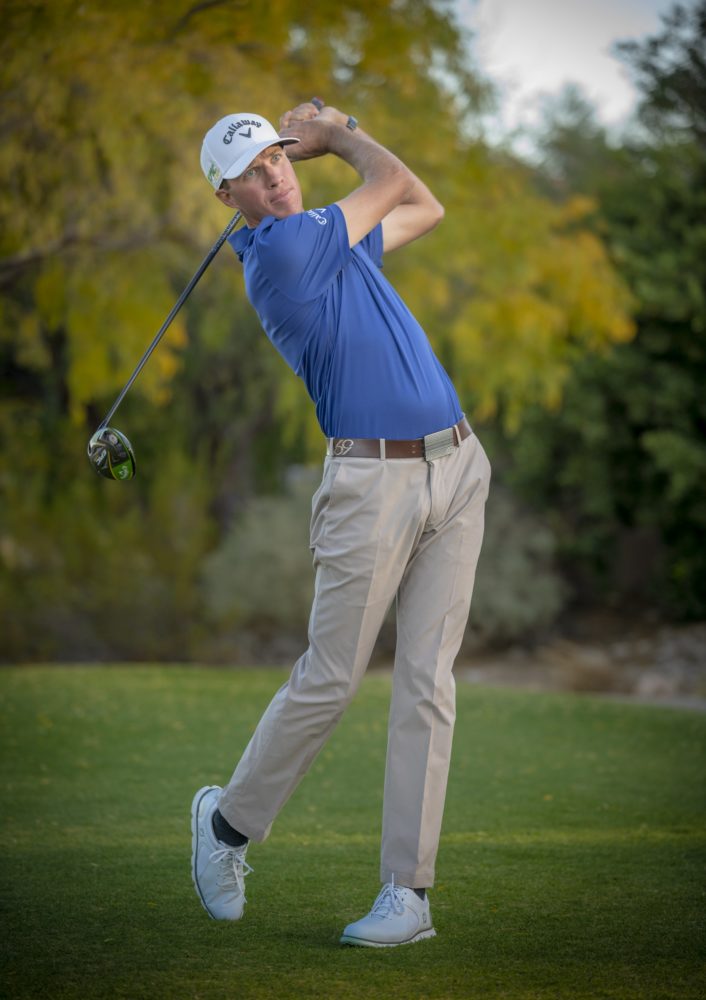